How can London respond to disruptive times and become an inclusive, working capital? And what powers does the city need to manage the challenges ahead?

On the surface, London’s economy looks strong. Its population continues to grow, and employment is at a record high. But storms might be brewing. Migration to the city is falling. Brexit looms. Housing costs and low productivity growth means that economic vitality is not necessarily feeding through into improved living standards. And automation promises to render many of today’s jobs – especially less skilled ones – redundant.

At the same time, it’s been 18 years since London’s Mayor and Assembly were established. With little reform since then, and a transformed political and economic landscape, it is time to ask if London’s system of government can meet the challenges it faces.

The London Conference 2018 will explore how we can build an economy and a system of government that work for the capital in turbulent times. Questions we want to consider include:

How can we boost London’s flagging productivity and create a more prosperous city?

What can we do to improve earnings and create better work for ordinary Londoners?

What will automation mean for London’s current and future workers, and how can we ensure that they can reap the benefits it could bring?

With a national Spending Review looming, and government committed to further cuts to public spending, how should London respond?

How can devolution and reform unlock London’s capacity to meet its housing and infrastructure needs?

Photos from the day 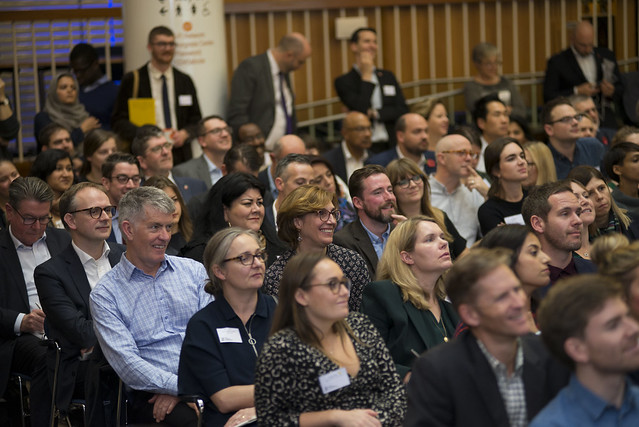 McKinsey & Company is a global management consulting firm that helps leading companies, public and social sector organisations in the UK achieve lasting success, and tackle their most serious challenges in strategy, operations, organisation and technology. It contributes to debates on the most pressing issues faced by business and society.

How London has changed since 2000, in six graphs