Be First: Making it happen for Barking and Dagenham

Be First was established in 2017 as a wholly owned subsidiary of the London Borough of Barking and Dagenham. Our mission is to accelerate regeneration of the borough, so that no-one is left behind.

To do this we aim to build brilliant places for people to live, and work towards creating a more prosperous and sustainable community for everyone that lives, works and visits.

We are making it happen by:

Get in touch if you’d like to find out more about how we are making it happen.

International Quarter London (IQL) is a flourishing, 24/7 neighbourhood at the heart of Stratford. From our award-winning workplaces to our vibrant retail offer and inclusive public realm, innovation and sustainability are at the core of IQL’s design. As Stratford continues to transform at pace, our neighbourhood is driving opportunity and international investment to the area.

With cultural giants taking space at neighbouring East Bank, IQL is fast becoming the place to collaborate and connect with world-leaders in academics, fashion, science and technology.

We’ll be furthering our commitment to innovation through our membership to SHIFT, a powerful collective of local disruptors that aims to use Queen Elizabeth Olympic Park as a living testbed for new technologies and initiatives, that can help cities respond to the climate, social justice and wellbeing crises.

However, it’s clear that the community makes the place, which is why we’re taking part in a decade long study on the social impacts of regeneration in East London and are helping East London’s entrepreneurs access the training they need through tailored skill-building programmes.

With a community of world-leaders, workplaces of the future, renowned retailers and community space, IQL is leading the city’s move East.

The Port of London Authority (PLA) has just started a consultation on a refreshed development plan, Thames Vision 2050, which shows how the river is set to play a critical role in the future of London and the south-east between now and the middle of the century, as the country embraces the challenges and opportunities of the new, zero carbon economy.

More than 40 separate actions are proposed in the Vision, including: development of a new high tech marine control centre at Gravesend; forming a Thames Net Zero Coalition; and enabling more people to take to the river through the Active Thames programme.

You can read Thames Vision 2050 online and complete the survey at: www.pla.co.uk/ThamesVision

The consultation closes at midday on Saturday, 30 April 2022.

Thamesmead is the same size as central London with a population of 45,000 people. Its rich landscape includes 240 hectares of parks and green space, 7km of canals, five lakes, and 5km of river frontage.

Peabody is leading the long-term regeneration of this neighbourhood. Our plan will bring about 20,000 new homes, thousands of new jobs, and a wealth of leisure, cultural and commercial facilities.

Excellent transport links are fundamental in opening up Thamesmead and all it has to offer to London and the South East. We are currently working with TfL, the GLA, Homes England and other stakeholders to progress plans to extend the DLR. This will enable long-term economic growth and much-needed housing in the region, including the delivery of around 25,000 homes on either side of the river. 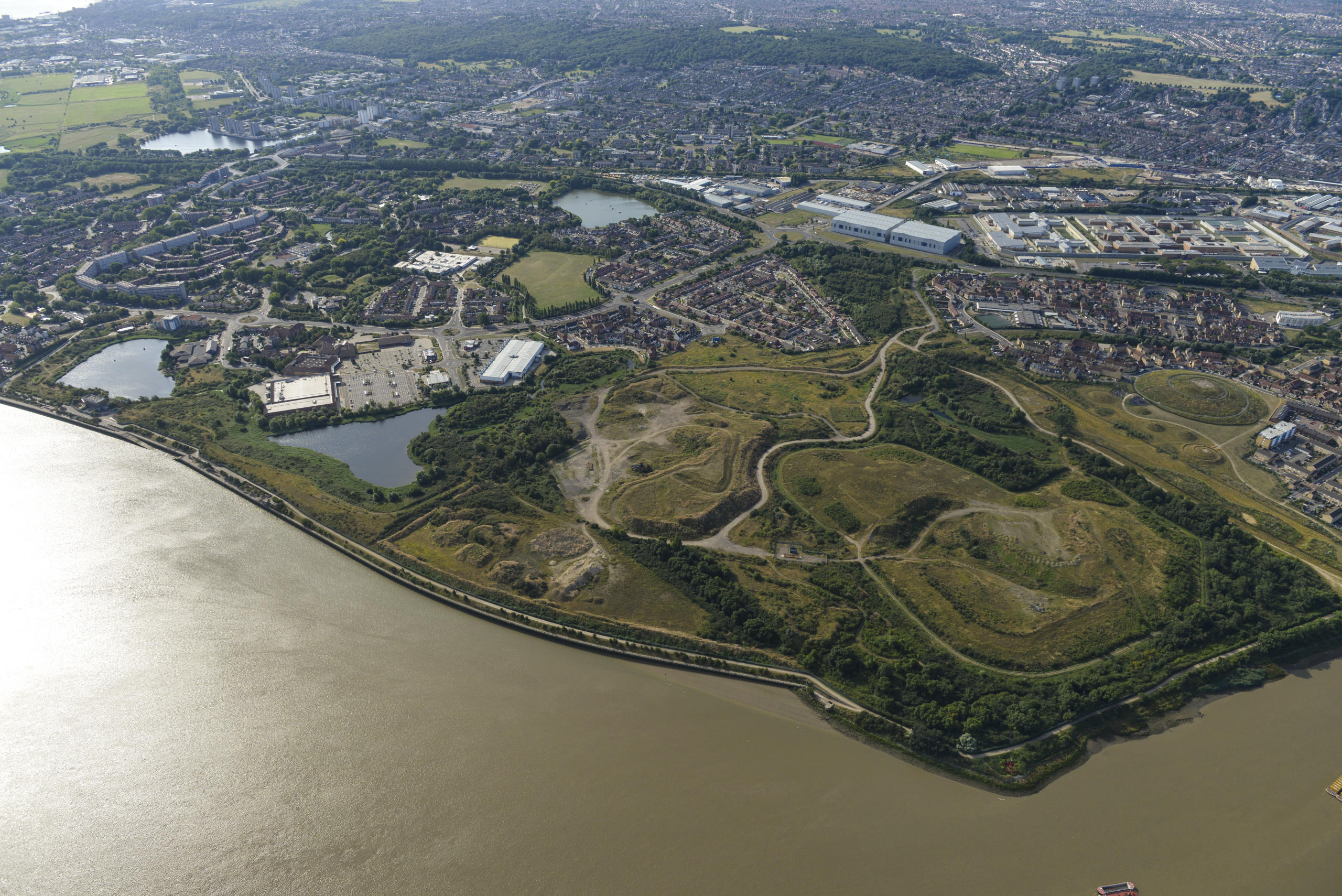 Situated in a Russell Group university located in the East End of London, the Mile End Institute brings together academics, politicians, policymakers, and the public to discuss and debate the major challenges facing the country in a fast-moving and ever-changing world. As our patron, Lord Hennessy of Nympsfield, remarked in 2015, ‘the Mile End Institute sustains Queen Mary University of London’s fine tradition of involvement in public and political life at a time of fascinating, if not perilous, uncertainty for our country.

In 2022, a decade on from the London Olympics, the Institute is especially focused on the communities and politics of East London, considering how London’s centre of gravity has moved eastwards since 2012, and exploring the challenges facing people living in and around Mile End after the Covid-19 pandemic.

On a site that has been dormant for over 30 years, Silvertown is awakening as an iconic new East London dockside neighbourhood.

Silvertown is a place with a bold personality, grounded in its industrial heritage; a place with a historic, enterprising docks and flour mill; a place that will be reinvented as a new, vibrant, 27-hectare destination at the heart of the Royal Docks.

This major regeneration will see Millennium Mills restored, 1.8 million sq ft of next-generation business workspace delivered, and over 6,000 new homes created for every stage of life, all connected by new civic spaces for cultural and community events.

A new town centre with shops, restaurants, bars, and cafes will catalyse further regeneration of the Royal Docks, and dock activation will transform London’s relationship with the water and promote healthy active lifestyles.

Coming to life thanks to a unique partnership of local expertise, public sector support, and The Silvertown Partnership (a JV between Starwood Capital and experienced urban regeneration specialists, Lendlease), Silvertown is the hero of London’s most important regeneration story. Work on the 15-20 year regeneration programme has already started.

Silvertown is a place to celebrate East London’s pioneering past, dynamic present and brighter-than-ever future.

Tower Hamlets offers the best of London in one borough.

The new East End that epitomises the capital’s past and its future. Our borough is one of the most popular places to live, work, study and visit.

We host some of London’s best destinations including the Tower of London, the Young V&A, the Museum of London Docklands and Tower Bridge. Over 120 parks including Victoria Park. Major music events and venues including All Points East, Tobacco Dock and the London Marathon.

Our economic output is the third highest in the UK with business districts such as Canary Wharf and Brick Lane, and famous markets including Spitalfields, Columbia Road and Petticoat Lane.

We are a centre for world class learning and healthcare with institutions including Queen Mary University of London and Barts NHS Trust who are working together to create a life science cluster in Whitechapel.

But we are most proud of our people. We are world borough with a history of embracing diversity and equality. Over 137 languages are spoken in incredibly diverse and culturally rich communities.